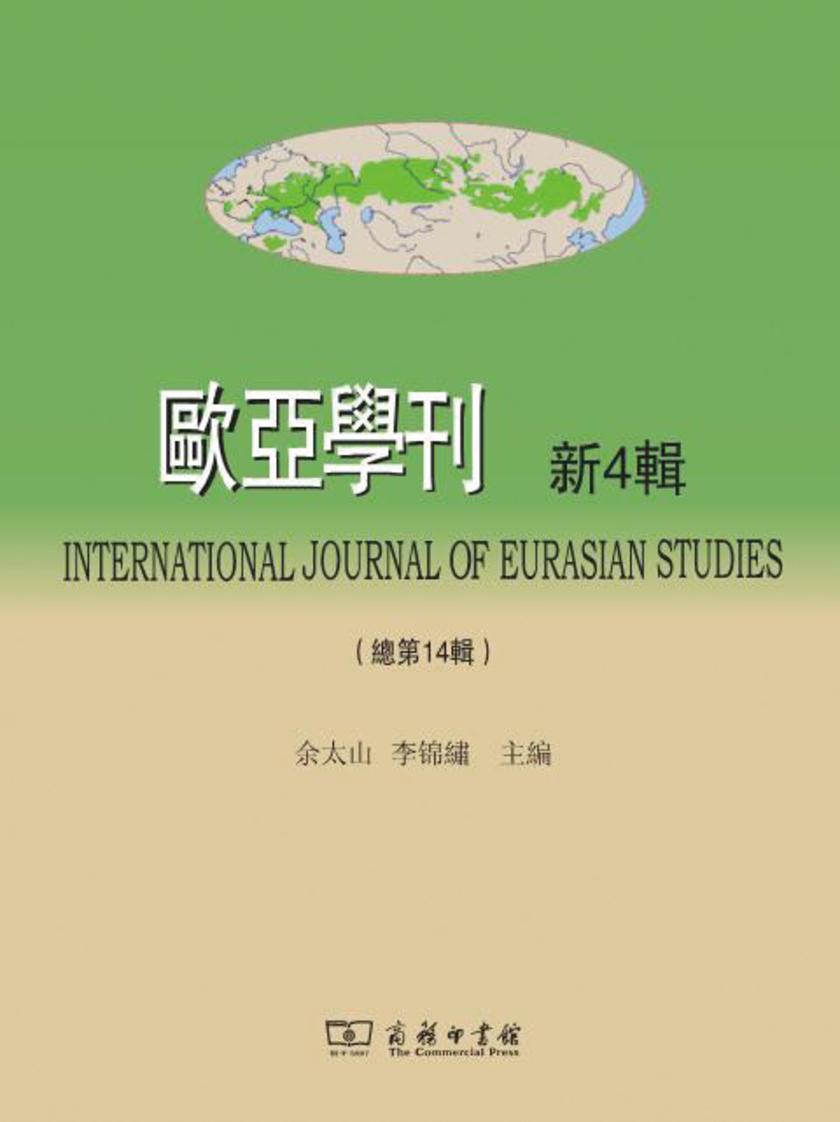 In Hungary we find fire-steels with flints among remains of the 7 - th8 centuries. The most popular type of fire-steels has a shape with a triangular bulge at the center and two horns at each of the two ends. In some cases the bulge is big but the horns are small: Type I (Fig.1). In other cases the bulge is small but the horns are long and curl upwards: 1Type II (Fig.2). These types of fire-steels were widely spread in Central, Eastern, and Northern Europe, including Russia and the Ukraine.Fig.1: Type I (Baranya) Fig.2: Type II (Baranya)thth

During the same period, the 7 - 8 centuries, fire-steels with flints also appeared in Japan. The most popular type has a shape with a triangular bulge in the center and two horns at each end. In some cases a bulge is big but the horns are very small or non-existent: Type I (Fig.3). In other cases horns are big and curl upwards: Type II (Fig.4). 2 Most of fire-steels of Japan have a small hole on top of the bulge. These types were spread not only in Japan but also in the Maritime Province of Russia, though the fire-steels found in Maritime Province have no hole.Fig.3: Type I (Chiba) Fig.4: Type II (Chiba)

Is this just a coincidence or not? In this paper I will investigate the origins of various types of fire-steels and their distribution in Eurasia.2. First Mention of Fire-steels in Japanese Historical Sources

There are several opinions concerning when fire-steels first appeared in Japan. Some scholars think that the fire-steel appeared in ththththe 5 century CE (Ogawa 1979), while others date it to the 6-7 centuries (Takashima 1985; Tsurumi 1999) or the second half of the thth7- 8 centuries (Yamada 1989; Seki 2002). The earliest mention of a fire-steel is seen in the Kojiki (Records of Ancient Matters of Japan). During his campaign in Eastern Japan, Prince Yamato Takeru was attacked with fire in Sagamu Province (present-day Kanagawa Prefecture ).Then the Ruler of the land set fire to the moor. So, knowing that he [Yamato Takeru] had been deceived, he opened the mouth of the bag which his aunt, Her Augustness Yamato-hime, had bestowed on him, and saw that inside of it there was a fire-striker. Hereupon he first mowed away the herbage with his august sword, took the fire-striker and struck out fire, and, kindling a counter-fire, burnt [the herbage] and drove back [the other fire], and returned forth, and killed and destroyed all the Rulers of that Land, and forthwith set fire to and burnt them. (Chamberlain 1883: 261-262) [Source 1]

Yamato Takeru was a mythical prince of the Yamato dynasty, so we cannot determine the date of his birth and death. The Kojiki was completed in 712 CE. Therefore, we can confirm that the fire-steel was thin use at the beginning of the 8 century.

According to the “Okura-sho shiki” in the Engishiki, an ancient book of codes and procedures used in national rites and prayers, compiled in 905, Japanese envoys went to China and presented the Tang Emperor with 500 taels of silver, 200 rolls of thick silk fabric called Mizuori no ashiginu, another 200 rolls of thick silk fabric called Mino no ashiginu, […other various kinds of silk and cotton], 10 pieces of ignition crystal, 10 pieces of agate, 10 tools of ignition iron, […and other objects]. [Source 2]

“Ignition crystal” and “agate” must have been used as a “flint” and 3the “ignition iron” must refer to a fire-steel . This historical source, Engishiki, does not mention the date of the Japanese envoys, but envoys from Japan were dispatched to Tang China on about fifteen occasions from 630 until 838. Concerning the date of Japanese envoys, the Chinese encyclopaedic source book, Cefu Yuangui (Prime thTortoise of the Record Bureau), compiled at the beginning of the 11 century , provides interesting information.nd

These historical sources show that flint and fire-steel sets were thrare at the beginning of the 8 century in Japan.3. Fire-steels Found at Archaeological Sites in Japanth

Some archaeologists have dated the early fire-steels to the 6 - th7 centuries, but the excavated state of them is problematical. I will give an example. Dwelling No.63 at the Morita site in Ibaraki Prefecture where a triangular “fire-steel” was found that was dated to ththe 6 century, but this “fire-steel” might have belonged to a later dwelling. Moreover, this “fire-steel” has a simple triangular shape and has neither horns nor a small hole. Therefore this unearthed article may not be a fire-steel and should be dated to a later period (Seki 2002: 130).

From Barrow No.060 at Matsumukaisaku in Chiba Prefecture, a Type II fire-steel (Fig.4) was found and was dated to the middle of the th7 century. However, the findspot of this fire-steel was uncertain, and it may have come from the dromos or the ditch in front of the stone chamber, not from chamber itself (Tsurumi 1999: 49). Consequently, it is unclear whether the fire-steel was contemporary with the burial chamber (Seki 2002: 131).

Most of the earliest fire-steels in Japan have been found at dwelling sites, while some of them were found at burial sites. All were found in the Kanto Region.th

Dating from around the 10 century, fire-steels have been found from dwellings as well as sites of worship throughout Japan, with the ththexception of Hokkaido. Picture scrolls of the 12 - 14 centuries show various persons with a bag for a fire-steel and flint suspended from their belts (Fig.17) or with a sword on the left side (Fig.18) (Seki 2002: 139).1516Fig.17 Fig.18 4. Earliest Fire-steels in Europe

The earliest type of fire-steels in Europe had a shape like an ndthelongated plate, and they are dated to the 2 - 5 centuries (Fig.19) (Голубева 1965: 257) or earlier. Elongated fire-steels have been recovered from the burials of the Roman Imperial Period belonging to the Lipica and Przeworsk Cultures in Poland (Kokowski 1985) (Fig.20) and in Germany (Fig.21). According to Kokowski’s study, fire-steels have been found at 94 burial complexes of which 66 burial complexes were accompanied by weapons and only four were female burials th(Kokowski 1985: 124). In the 5 century an elongated fire-steel with a bigger loop appeared. (Fig.22)17181920Fig.19 Fig.20 Fig.21 Fig.22 th

In the 6 century an elongated fire-steel had two loops on either end (Fig.23). This fire-steel from Eichstetten Grab 54 was found in a bag with two pieces of flint, a knife, scissors, and a razor on man’s right side (Fig.24).2122Fig.23 Fig.24 thth

A small triangular fire-steel with longer horns had been widely spread not only in Eastern Europe, but also in Northern Europe (Fig.31) and furthermore in Russia (Fig.31). B. A. Kolchin considered 29that this type of fire-steel, the “kalach”—shaped fire-steel , was the earliest in Novgorod and that it was made until the beginning of the th3012 century but he did not mention the date of the first appearance (Fig.32). (Колчин 1959: 103)3132Fig.31 Fig.32 5. Earliest Fire-steels in Central Asia and Siberia

Was there any relationship between the triangular fire-steels with horns of Europe and of Japan? Now I will make a brief survey of the earliest fire-steels of Central Asia and Siberia(Fig.33).Fig.33Chronological table of types of fire-steels (Колчни1959).th

Finds of fire-steels before the 10 century are very rare. The thearliest fire-steel from Western Siberia (Fig.34) was dated to the 10 - th12 centuries (Седов и др. 1987). The fire-steel colleted by the Museum of Mangistau Provincial Office of Culture in Aktau, Western ththKazakhstan, was dated to the 8 - 10 centuries, but detailed information is unknown (Fig.35). The fire-steel from Kyz-tepe in Southern Uzbekistan (Fig.36) was found on the left thigh bone of a Turkic (?) warrior with a saber, stirrup, and other iron artifacts thth(Кабанов 1963: 238). This burial was dated to the 9 - 10 centuries, or later (Кабанов 1963: 239).333435Fig.34 Fig.35 Fig.36

From a sand drift near Abakan City in the Minusinsk Basin, a fire-ththsteel was found dated to the 11 - 12 centuries (Fig.37) (Худяков 1980: 101). In Buryatia (Transbaikal Region) there have been found several medieval fire-steels from burials but all of them were dated thafter the 10 century (Fig.38). From a burial near Lake Undugun, west of Chita City, a fragment of a fire-steel was found (Fig.39).363738Fig.37 Fig.38 Fig.39 6. Earliest Fire-steels of the Middle Amur and Maritime Province

There have been unearthed comparatively many fire-steels, but thmost of them are dated after the 9 century. The earliest ones dated to thththe 7 - 8 centuries were found at the Troitskii cemetery in the Ivanovka district on the Middle Amur (Fig.40). Most of them were found located at the hip of interred males (Деревянко 1975: 175). E.I. Derevyanko considers that these fire-steels were used by the Mohe ththpeople. The fire-steels dated to the 8 - 9 centuries were found at the Korsakovo cemetery near Khabarovsk City (Fig.41, 42).394041Fig.40 Fig.41 Fig.42

From the Shaiga fortified settelment, north of Nakhodka City, thththere have been found many fire-steels dated to the 12 - 13 centuries (Fig.43, 44). According to E.V. Shavkunov, the Shaiga settlement was constructed by the Jurchen people (Шавкунов 1990).4243Fig.43 Fig.44

It is very interesting that fire-steels of a similar shape appeared in the Kanto Region of Japan and the Khabarovsk Region of the Russian Far East, although there is a small difference: the fire-steels of Maritime Province have no hole on top of the bulge. It is possible that there was a relationship between them, but I have no definite evidence of this.th

In the second half of the 13 century, Yuan military forces attacked Kyushu in Western Japan on two occasions but they were unsuccessful. Since 1980, a Japanese archaeological team has surveyed the sunken warships of the Yuan navy near Takashima in Nagasaki Prefecture and discovered more than 4000 pieces of armor and weapons. In 2013, one of the iron articles was identified as being 44a fire-steel using CT-scan analysis (Figs.45, 46) . This fire-steel was quite similar to the Jurchen fire-steel (Fig.43). The Yuan army included many Korean soldiers, and some of them were probably Jurchens.Fig.45 Fig.467. Concluding Remarksth

At the same time, in the 7 century, fire-steels of a similar shape appeared in Eastern Europe and in the Far East. However, between both regions in Central Asia and Siberia similar fire-steels of such an thearly period, before the 8 century, have never been found. It seems strange that no any types of fire-steels have yet been found in China and Korea. I suspect that fire-steels may have been discarded as unimportant rusty bits of iron.

Otherwise, we can only conclude that similar fire-steels appeared independently in different areas of Eurasia.