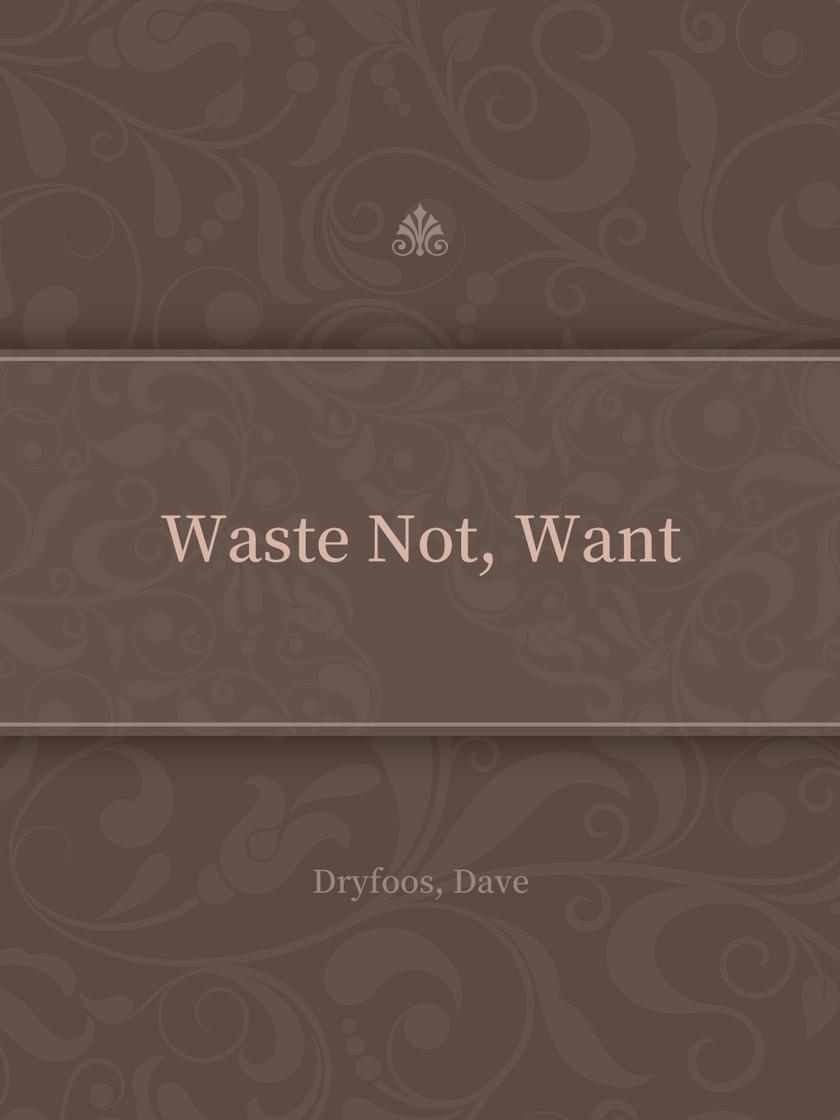 Eat your spinach, little man! It's good for you. Stuff yourselfwith it. Be a good little consumer, or thecops will get you.... For such is the law of supply and demand!

Panic roused him—the black imp of panic that lived under the garish rug of this unfamiliar room and crawled out at dawn to nudge him awake and stare from the blank space to his left where Tillie's gray head should have been.

His fists clenched in anger—at himself. He'd never been the sort to make allowance for his own weakness and didn't propose to begin doing so now, at age eighty-six. Tillie'd been killed in that crash well over a year ago and it was time he got used to his widowerhood and quit searching for her every morning.

But even after he gave himself the bawling out, orientation came slowly. The surroundings looked so strange. No matter what he told himself it was hard to believe that he was indeed Fred Lubway, mechanical engineer, and had a right to be in this single bed, alone in this house his Tillie had never seen.

The right to be there was all wrong. He disliked the house and hated all its furnishings.

The cybernetic cooker in the kitchen; the magnetically-suspended divans in the living room; the three-dimensional color broadcasts he could so readily project to any wall or ceiling; the solartropic machinery that would turn any face of the pentagonal house into the sun or the shade or the breeze; the lift that would raise the entire building a hundred feet into the air to give him a wider view and more privacy—all left him dissatisfied.

They were new. None had been shared with Tillie. He used them only to the extent required by law to fulfill his duty as a consumer.

"You must change your home because of the change in your family composition," the Ration Board's bright young female had explained, right after Tillie's funeral. "Your present furnishings are obsolete. You must replace them."

"I doubt we'd have to invoke the penalties for criminal underconsumption," she'd explained airily. "There are plenty of other possible courses of action. Maybe we'd just get a decision that you're prematurely senile and unable to care for yourself. Then you'd go to a home for the aged where they'd help you consume—with forced feedings and such."

So here he was, in this home-of-his-own that seemed to belong to someone else. Well, at least he wasn't senile, even if he did move a little slowly, now, getting out of bed. He'd warm up soon. All by himself. With no one's help.

And as far as these newfangled gadgets in the bathroom were concerned, he could follow any well-written set of directions. He'd scalded himself that time only because the printed instructions were so confusing.

He took a cold shower this time.

When the airtowel had finished blowing and he was half dry—not wholly dry because the machine wasn't adapted to people who took ice-cold showers—he went in to the clothing machine. He punched the same few holes in its tape that he put there every day, stood in the right place, and in due course emerged with his long, rawboned frame covered by magenta tights having an excessively baggy seat.

He knew the costume was neither pretty nor fashionable and that its design, having been wholly within his control when he punched the tape, revealed both his taste and his mood. He didn't care; there was no one in the world whom he wanted to impress.

He looked in the dressing room mirror not to inspect the tights but to examine his face and see if it needed shaving. Too late he remembered that twenty years had elapsed since the permanent depilatories were first invented and ten since he'd used one and stopped having to shave.

There were too many changes like that in this gadget-mad world; too many new ways of doing old things. Life had no stability.

He stalked into the kitchen wishing he could skip breakfast—anger always unsettled his stomach. But everyone was required to eat at least three meals a day. The vast machine-records system that kept track of each person's consumption would reveal to the Ration Board any failure to use his share of food, so he dialed Breakfast Number Three—tomato juice, toast, and coffee.

The signal-panel flashed "Under-Eating" and he knew the state machine-records system had advised his cybernetic cooker to increase the amount of his consumption. Chin in hands, he sat hopelessly at the kitchen table awaiting his meal, and in due course was served prunes, waffles, bacon, eggs, toast, and tea—none of which he liked, except for toast.