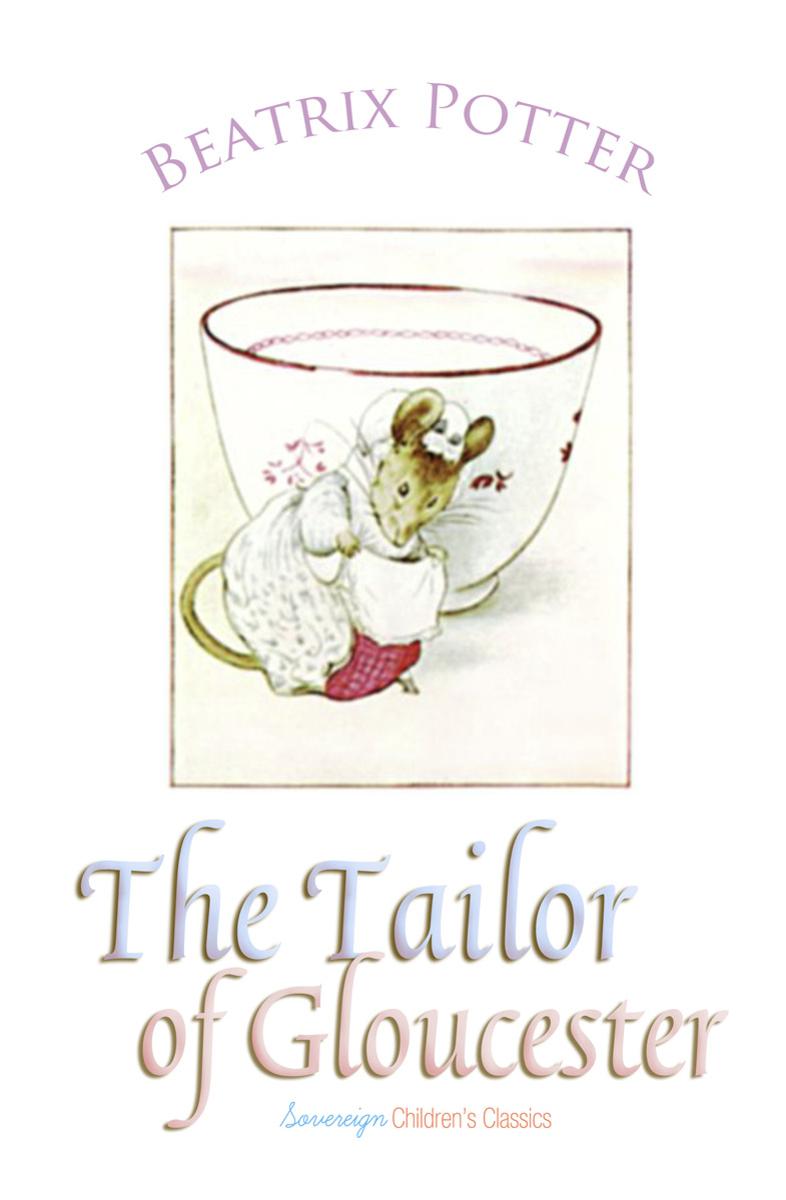 The Tailor of Gloucester

LONDON ∙ NEW YORK ∙ TORONTO ∙ SAO PAULO ∙ MOSCOWPARIS ∙ MADRID ∙ BERLIN ∙ ROME ∙ MEXICO CITY ∙ MUMBAI ∙ SEOUL ∙ DOHATOKYO ∙ SYDNEY ∙ CAPE TOWN ∙ AUCKLAND ∙ BEIJINGNew Edition, Children’s ClassicsPublished by Sovereign Classicsales@sovereignclassic.netwww.sovereignclassic.netThis EditionFirst published in 2014Copyright © 2014 SovereignDesign and Artwork © 2014 www.urban-pic.co.ukImages and Illustrations © 2014 Stocklibrary.orgAll Rights Reserved.ISBN: 9781910343203 (ebk)THE TAILOR OF GLOUCESTER“I’LL BE AT CHARGES FORA LOOKING-GLASS, AND ENTERTAINA SCORE OR TWO OF TAILORS”Richard III.MY DEAR FREDA,Because you are fond of fairy-tales, and have been ill, I have made you a story all for yourself—a new one that nobody has read before.And the queerest thing about it is—that I heard it in Gloucestershire, and that it is true—at least about the tailor, the waistcoat, and the“No more twist!”Christmas, 1901In the time of swords and periwigs and full-skirted coats with flowered lappets—when gentlemen wore ruffles, and gold-laced waistcoats of paduasoy and taffeta—there lived a tailor in Gloucester.He sat in the window of a little shop in Westgate Street, cross-legged on a table, from morning till dark.All day long while the light lasted he sewed and snippeted, piecing out his satin and pompadour, and lutestring; stuffs had strange names, and were very expensive in the days of the Tailor of Gloucester.But although he sewed fine silk for his neighbours, he himself was very, very poor—a little old man in spectacles, with a pinched face, old crooked fingers, and a suit of thread-bare clothes.He cut his coats without waste, according to his embroidered cloth; they were very small ends and snippets that lay about upon the table—”Too narrow breadths for nought—except waistcoats for mice,” said the tailor.One bitter cold day near Christmastime the tailor began to make a coat—a coat of cherry-coloured corded silk embroidered with pansies and roses, and a cream coloured satin waistcoat—trimmed with gauze and green worsted chenille—for the Mayor of Gloucester.The tailor worked and worked, and he talked to himself. He measured the silk, and turned it round and round, and trimmed it into shape with his shears; the table was all littered with cherry-coloured snippets.“No breadth at all, and cut on the cross; it is no breadth at all; tippets for mice and ribbons for mobs! for mice!” said the Tailor of Gloucester.When the snow-flakes came down against the small leaded window-panes and shut out the light, the tailor had done his day’s work; all the silk and satin lay cut out upon the tableThere were twelve pieces for the coat and four pieces for the waistcoat; and there were pocket flaps and cuffs, and buttons all in order. For the lining of the coat there was fine yellow taffeta; and for the button-holes of the waistcoat, there was cherry-coloured twist. And everything was ready to sew together in the morning, all measured and sufficient—except that there was wanting just one single skein of cherry-coloured twisted silk.The tailor came out of his shop at dark, for he did not sleep there at nights; he fastened the window and locked the door, and took away the key. No one lived there at night but little brown mice, and they run in and out without any keys!For behind the wooden wainscots of all the old houses in Gloucester, there are little mouse staircases and secret trap-doors; and the mice run from house to house through those long narrow passages; they can run all over the town without going into the streets.But the tailor came out of his shop, and shuffled home through the snow. He lived quite near by in College Court, next the doorway to College Green; and although it was not a big house, the tailor was so poor he only rented the kitchen.He lived alone with his cat; it was called Simpkin.Now all day long while the tailor was out at work, Simpkin kept house by himself; and he also was fond of the mice, though he gave them no satin for coats!“Miaw?” said the cat when the tailor opened the door. “Miaw?”The tailor replied—”Simpkin, we shall make our fortune, but I am worn to a ravelling. Take this groat (which is our last fourpence) and Simpkin, take a china pipkin; buy a penn’orth of bread, a penn’orth of milk and a penn’orth of sausages. And oh, Simpkin, with the last penny of our fourpence buy me one penn’orth of cherry-coloured silk. But do not lose the last penny of the fourpence, Simpkin, or I am undone and worn to a thread-paper, for I have NO MORE TWIST.”Then Simpkin again said, “Miaw?” and took the groat and the pipkin, and went out into the dark.The tailor was very tired and beginning to be ill. He sat down by the hearth and talked to himself about that wonderful coat.“I shall make my fortune—to be cut bias—the Mayor of Gloucester is to be married on Christmas Day in the morning, and he hath ordered a coat and an embroidered waistcoat—to be lined with yellow taffeta—and the taffeta sufficeth; there is no more left over in snippets than will serve to make tippets for mice——”Then the tailor started; for suddenly, interrupting him, from the dresser at the other side of the kitchen came a number of little noises—Tip tap, tip tap, tip tap tip!“Now what can that be?” said the Tailor of Gloucester, jumping up from his chair. The dresser was covered with crockery and pipkins, willow pattern plates, and tea-cups and mugs.