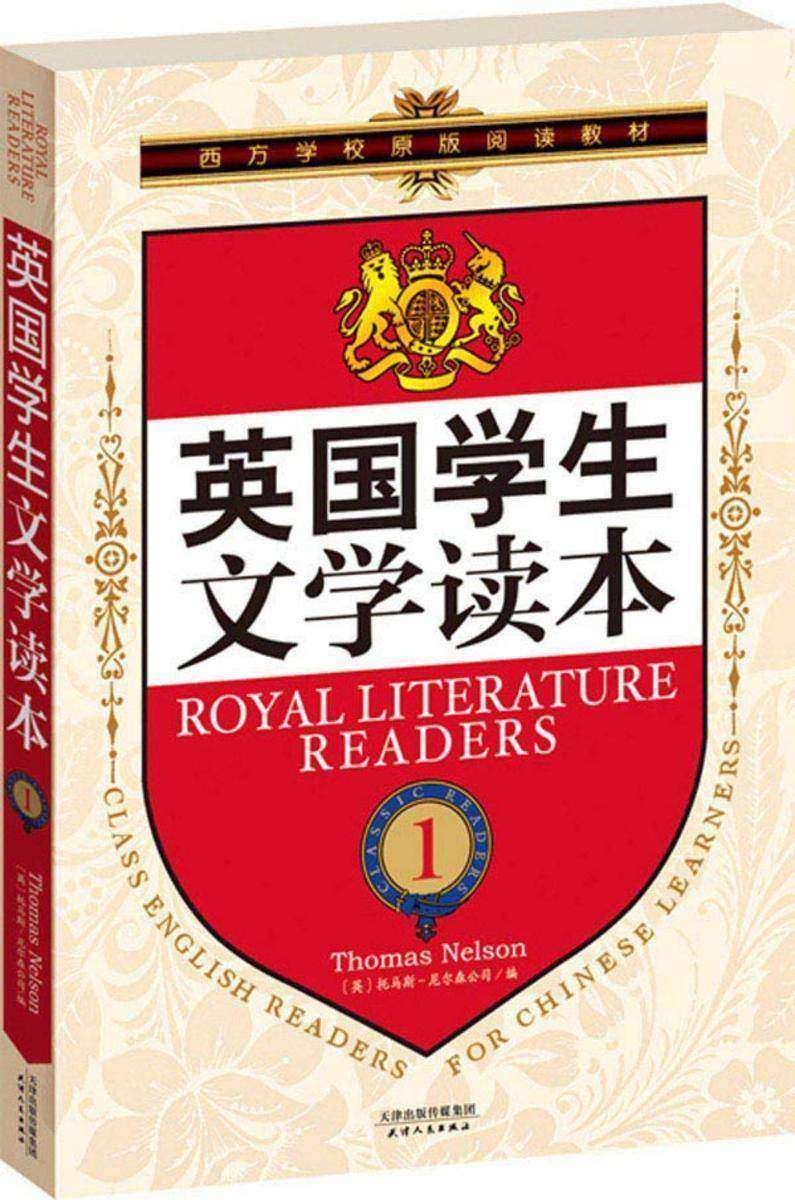 1. Three little children lived in a pretty cottage close to the sea-shore. Their names were Lucy, Harry, and Fred Hope.

2. Near the cottage there was a beach of white sand more than a mile long. It was called Sandy Beach.

3. The children often went there with their father and mother.

4. They loved to wade in the clear water. It was not deep near the shore, so there was no danger.

5. One day the children went with their father to play at Sandy Beach. Their big dog Bruno was with them.

6. They saw a little boy rowing about in a boat. He was a good way from the shore.

7. The children were making houses in the sand, when they heard a loud scream and a splash. The boy had fallen out of the boat into the deep water.

8. There was no one in the boat to help him, and no other boat was near. Mr. Hope saw the danger, and called Bruno.

9. He came bounding to his side. Mr. Hope pointed to the little boy in the water. "Fetch him, sir; quick!" he cried to the dog.

10. Bruno knew what his master meant. Dashing into the water, he swam out to the boy, and caught him by the coat. Then he swam back again, bringing the little boy safe to shore.

11. How proud the children were of Bruno! Since that day they have been kind to all dogs for his sake.WORD SPELLINGWORD EXERCISE02 PUSSY WHITE FOOT

1. One day, when two sisters, called Nell and Kate, came home, they found a poor little kitty at the door of their house.

2. She was very cold and wet, and her paws were very dirty, for it was a rainy day. The children took her into the house, and gave her some milk at the warm fire.

1. Once there was a white swan which had three pretty baby swans. These were very lazy little things.

2. They did not try to pick their own food or swim about by themselves. They thought it was much nicer to eat from their mother's bill, and sail up and down the stream on her back.

3. Their mother liked to feed them and carry them about. But she knew they must be taught to seek their own food and to swim up and down.

4. When she spoke to them about it, they said, "Next week we will begin." One of them did keep her word. She began to swim and seek food for herself. But the others still sat on their mother's back.

5. One day the mother swan was out in the stream, and the little ones were sitting on her back. All at once the mother dived, heels over head, and let the lazy little swans fall off.

6. Then up she came, and swam off as fast as she could, in among the reeds. There she stayed all night. Left alone, the little swans had to swim. By morning they had all learned their lesson.WORD SPELLINGWORD EXERCISE04 IN THE WOODS

1. It is very hot in the sun today. Let us go into the shady woods. There the trees are so thick overhead that the sun cannot get at us.

There are ever so many birds up in the trees. They are resting under the green leaves. Let us walk softly, and we may see some of them.

3. Look! There is a blackbird. I know him by his long tail. And here is a sparrow hopping about. What a bold little fellow he is!

4. Oh! Did you see that nut drop? There is a squirrel in that tree. There, I see his bushy tail! He has seen us! Off he goes! Now he is in the next tree! Where has he gone?

5. Let us go a little further into the woods. I think I hear the sound of a stream. Yes; there it is at the foot of the hill.

6. How clear the water is! You can see the stones at the bottom.

Do not be afraid. He cannot bite you, for he has no teeth.

What a jump! He has gone down to the bottom of the deep pool. Good-bye, Froggie.

8. Now it must be time for dinner. Let us take some of these pretty flowers home to mother.WORD SPELLING05 WHICH?I

1. There are two boys who go to the same school and are in the same class. One of them is called "Lazy Joe," and the other "Happy John." We shall soon see why.

2. Joe gets up very late in the morning, He dresses slowly, and has hardly time to wash his face or brush his hair.

3. He crawls to school like a snail, and is very often late. He never learns his lessons, so he is always at the foot of the class.

4. At home, he has no time to help his mother. When she sends him a message, he takes so long that she thinks he must have lost his way.

5. If she knew where to look for him, she would see how her lazy son spends his time.

6. She would very likely find him playing marbles with other boys as lazy as himself, or wasting his time in some other way.

7. A LAZY BOY BECOMES A LAZY MAN. If Joe does not mend his ways, he may find when he becomes a man that there is no room for him in this busy world.WORD SPELLINGWORD EXERCISE06 WHICH?II

1. Now let us hear about the other boy. His name is John Sand, but he is always so bright and happy that he is called "Happy John."

2. John has to go a long way to school in the morning, yet he is never late and never absent.

3. In summer, when the trees are green and the birds are singing, John has a nice walk through the woods.

4. He has learned the names of the birds. He knows their songs, and he knows where to find their nests.

5. Sometimes he goes out of his way to get a peep at their pretty little eggs. But he never touches one of them.

6. When winter comes with frost and snow, John puts on his warm mittens and his thick boots. Then he runs off to school as happy as ever.

7. He has often to do messages in the village. See how he brings home his basket full of meal, tea, and sugar.

8. John finds time for his work and time for his lessons. He is never so happy as when he is busy. He is a great help to both father and mother.

9. You see John Sand is not at all like lazy Joe. WHICH do you wish to be like?WORD SPELLINGWORD EXERCISE07 LONG TIME AGO

1. Once there was a little kitty

In a barn she used to frolic,

2. In that barn a little mousie

Ran to and fro;

For she heard the kitty coming,

And they caught the little mousie,

And they bit the little mousie,

5. When the teeth bit little mousie,

But she got away from kitty,

1. Have you ever seen a flock of sheep feeding in the fields? They never stray far from one another. If a dog barks at them they all run close together.

2. Sheep are good climbers. We may often see them feeding far up on the hills.

3. In the month of May it is pretty to watch the little white lambs beside their mothers. They play and frisk about all day long.

4. In summer, when it is very warm, the sheep have to get their heavy coats of wool cut off. Then the shepherds are kept very busy.

5. With the help of their dogs, they gather all their sheep together in a place called a sheep-pen. The lambs are left outside, and bleat very sadly. They think that they have lost their mothers.

6. The sheep are washed one by one; and then the wool is cut off with big shears. This is called sheep-shearing.

7. The wool is made into cloth; so it is from the sheep that we get our warm winter clothing.WORD SPELLINGWORD EXERCISE09 THE SEA

1. It was summer. School was closed, and Jack and May went to the sea-side. Jack used to take his little sister down to the shore every day, and play with her on the sands.

2. One day they built a sand-house. But the sea came creep, creep, creeping up to it. At last the house was quite covered by the water. Then the sea crept slowly back again, but the sand-house was all gone.

3. Jack told little May that the sea crept in and out like this twice every day.

5. Next day the wind blew loud and strong, and the waves were very high. They broke into white spray as they dashed against the rocks.

6. How happy the sea-birds seemed floating on the big waves!

7. Jack liked the stormy waves; but little May liked the sea better when it was calm.

8. To-day May is looking for shells. Jack is helping her. She is telling him of a place where they can gather pretty ones.WORD SPELLINGWORD EXERCISE10 FRANK'S LETTER TO HIS DOG

I said I would write you a letter, and I am going to do it. I wish you were here to see all the chickens and geese and ducks.

2. There is an old goose that can beat you at swimming, but she cannot fetch a stick out of the water as you can. She ran after me yesterday, and pecked at my leg.

3. The funniest fellows are the pigs. You would like to give their curly tails a nip. There's the old mother pig. She eats as much as six dogs like you. There are ten baby pigs. They are just learning to eat, and are very greedy.

4. Grandpapa has an old white cow. Her name is Pit. She is called Pit because she fell into a big hole when she was a little calf. She can open the gate with her horns.

5. I am going to bring you something when I come home. It came off a sheep. It is for your bed in winter. But I shall not tell you just now what it is.

6. I want to see you very much. I shall never go away again unless they ask you too. I am coming home in three weeks.

1. There was once a wind-mill that swung its arms round and round day after day. It did no harm to anybody.

2. But there was a flock of crows living near who did not like the busy mill. They said it wanted to kill some of them. What else could it mean by swinging its great arms the whole day long?

3. They made up their minds to call a meeting of all the crows in the country. One fine summer evening they all met together near the mill.

4. The leader of the flock told his story. The crows thought the wind-mill a very bad thing indeed. The younger ones wanted to go and pull it down at once.

5. At last an old crow said: "Does the wind-mill ever leave its place, and chase crows or try to hurt them?"

8. The crows did so. Boys and girls might very well do the same— "KEEP OUT OF HARM'S WAY."WORD SPELLINGWORD EXERCISE