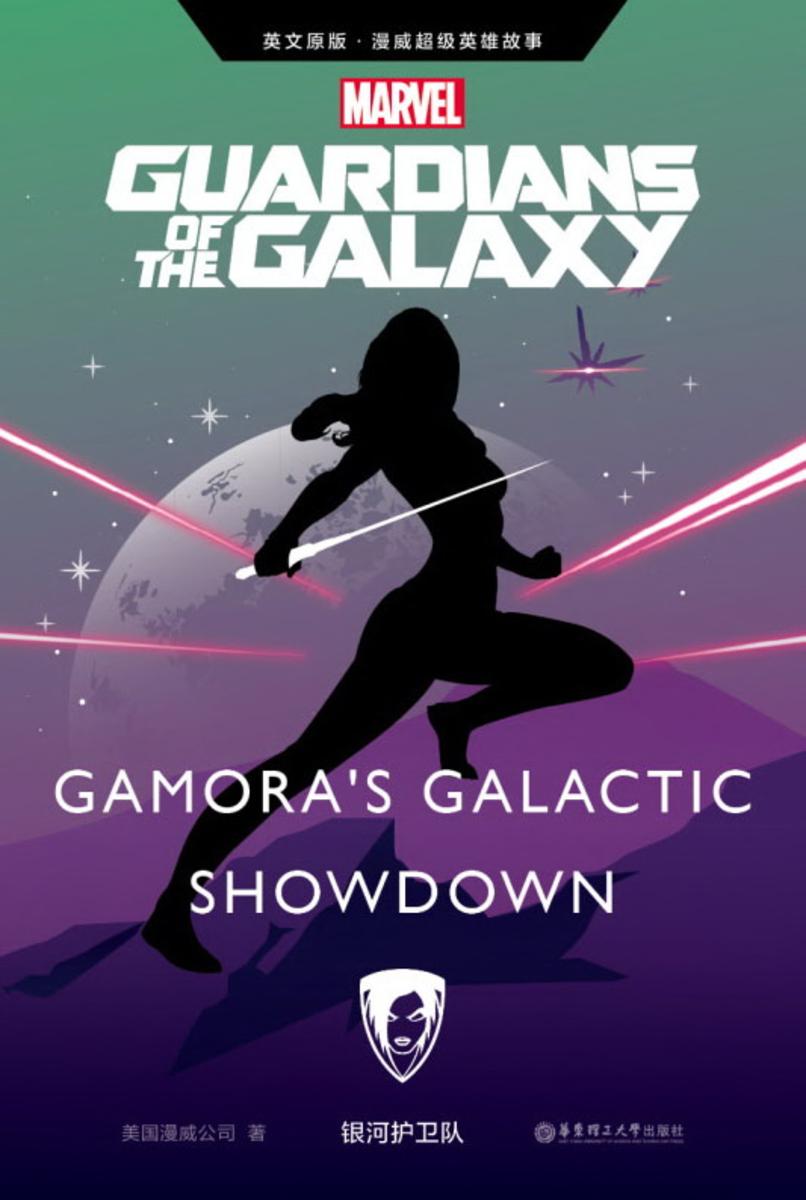 The Story of GAMORA

The Zen-Whoberis were a peaceful humanoid race, living in harmony, until a group of violent aliens arrived on their planet. The militaristic creatures invaded, destroying everything in their path and wiping the Zen-Whoberis completely off the cosmic map. When the dust settled, there was a single survivor, an infant known as GAMORA. The child was taken in by the mad Titan Thanos, who sought to turn her into a war machine, molded precisely to do his evil bidding. He delighted in pitting Gamora against her adopted sister, Nebula, and the two little girls fought for their father’s affection. Gamora became an expert fighter and swordswoman, her viciousness earning her quite the bad reputation. But when she realized just how much she’d been manipulated by her villainous father, Gamora rebelled. She decided instead to become a force for good. Thanos was more than displeased, vowing ultimate revenge on Gamora for disobeying his orders. Nebula, however, stood by her father and shamed her sister for her disobedience. Gamora aligned herself with a handful of adventurers over the years until eventually settling down with the Guardians of the Galaxy. Despite her alliances, she remains an outsider searching for kinship in a vast and unsettling universe, struggling to come to terms with her painful past. For the moment, she’s content being known as GAMORA: The Deadliest Woman in the Galaxy.

A rumbling snore shook the inside of the tiny metal spacecraft.“Is that Rocket?!” asked Pip, shaking his head in disbelief. “He sounds like a Varlaxican sludge beast.”Gamora stared out the window, distracted.“You look good, kid. Been too long since we’ve caught up,” Pip said, noticing Gamora’s uneasiness. “Whatever you’re thinking about, don’t let it get to you. We’ll grab this box, and you’ll be on your way in no time.” He flipped a switch on the control panel, lighting up the monitors in front of them. Alien beings from a hundred worlds filled the screens.“This is Zaldrex. On the outside it seems like some no-name planet,” Pip explained. “But it’s much more than that. You just have to go underground. The Collector runs a top secret thieves’ market and auction house in the caverns underneath the planet’s surface. He’s got all kinds of nasty stuff down there, mostly the junk he doesn’t want. I’m betting that’s where you’ll find what you’re looking for. We’ll disguise ourselves as riffraff and sneak in. I’ve got some counterfeit credits we can use to bid on it. They look just like the real thing! No one will ever know the difference.”Gamora stared intently at the screen. “Nebula will be there,” she muttered. “I can feel it.”“BLAHG!” shouted Rocket, waking from his nap and rubbing his eyes. “I had the worst nightmare. I was stuck on a spaceship with this chubby little troll, and . . .” He sputtered, spotting Pip in the captain’s chair. “UGH! My nightmare came true!”“I don’t know how you stand that guy,” Pip said to Gamora, pulling back on the ship’s throttle. “Prepare for landing. We’re here.”Pip brought the spaceship down on the outskirts of Zaldrex’s capital city. Then the trio donned dark cloaks to disguise themselves. If anyone recognized them, it would ruin the entire plan. Following a winding staircase, they traveled down into the thieves’ market casually and discreetly. The market had many alien curiosities, all of which were deadly. There were things like canisters of disease and various cruel weapons for sale. These were things meant to inflict pain and suffering on countless people. It made Gamora angry. Soon she spotted something even worse: a tiny cage containing three alien children. The cage was being guarded by the Collector’s thugs, a collection of the galaxy’s worst bullies. While the guards were distracted, Gamora took a small bag of rations from inside her cloak and gave it to the children. The tasty treats brought a smile to their faces, and they eagerly scarfed them down as quickly as they could.How could someone do this? Gamora thought. It boiled her blood to see children separated from their families, kept in cages, and waiting to be sold like slaves. Her body tensed as she considered ways to free them. But suddenly, a siren sounded and an announcement blared from the speakers above.“THE AUCTION WILL NOW COMMENCE IN THE MAIN AREA!”“This area is off-limits. Get moving!” one of the Collector’s goons shouted, rudely pushing Gamora with the end of his rifle. It took everything she had not to grab his weapon and teach him a lesson, but there was a bigger plan in motion.Before she left, Gamora spoke to the children in a whisper. “I will return, I promise,” she said, placing her hand on the bars. “Do not be afraid.”