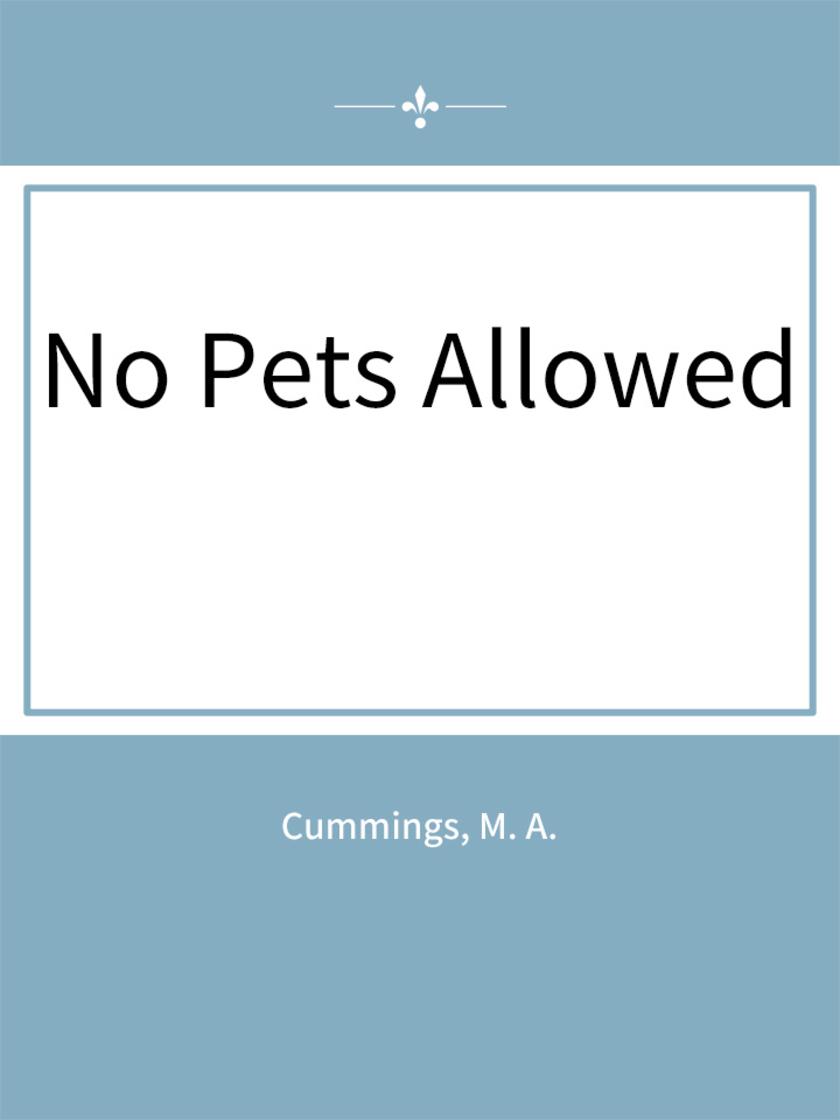 by M. A. CUMMINGS

He didn't know how he could have stood the four months there alone. She was company and one could talk to her ...

I can't tell anyone about it. In the first place, they'd never believe me. And, if they did, I'd probably be punished for having her. Because we aren't allowed to have pets of any kind.

It wouldn't have happened, if they hadn't sent me way out there to work. But, you see, there are so many things I can't do.

I remember the day the Chief of Vocation took me before the council.

"I've tried him on a dozen things," he reported. People always talk about me as if I can't understand what they mean. But I'm really not that dumb.

"There doesn't seem to be a thing he can do," the Chief went on. "Actually, his intelligence seems to be no greater than that which we believe our ancestors had, back in the twentieth century."

"As bad as that?" observed one of the council members. "You do have a problem."

"But we must find something for him to do," said another. "We can't have an idle person in the State. It's unthinkable."

"But what?" asked the Chief. "He's utterly incapable of running any of the machines. I've tried to teach him. The only things he can do, are already being done much better by robots."

There was a long silence, broken at last by one little, old council member.

"I have it," he cried. "The very thing. We'll make him guard of the Treasure."

"But there's no need of a guard. No one will touch the Treasure without permission. We haven't had a dishonest person in the State for more than three thousand years."

"That's it, exactly. There aren't any dishonest people, so there won't be anything for him to do. But we will have solved the problem of his idleness."

"It might be a solution," said the Chief. "At least, a temporary one. I suppose we will have to find something else later on. But this will give us time to look for something."

So I became guard of the Treasure. With a badge. And nothing to do—unless you count watching the Key. The gates were kept locked, just as they were in the old days, but the large Key hung beside them. Of course, no one wanted to bother carrying it around. It was too heavy. The only ones who ever used it, anyway, were members of the